The study evaluated the potential for incidence to vary based on treatment type, ametropia type, correction magnitude, and patient age. It also looked for “late” cases occurring more than eight weeks post-surgery.

Consistent with the idea TLSS risk depends on the amount of ultraviolet (UV) radiation applied to the cornea, the results showed the incidence of TLSS was higher after LASIK than after SMILE and higher after hyperopic LASIK than myopic LASIK.

Other analyses showed the incidence of TLSS was higher in older patients and increased with the magnitude of correction only in cases of myopic LASIK. The study also documented that while most TLSS cases occurred within eight weeks of surgery, a significant number developed later.

“There are only 11 published papers describing TLSS, of which only four report the incidence after LASIK, and all were with the IntraLase femtosecond laser. TLSS after SMILE has only been described in one case study. In addition, all papers state that TLSS occurs between two and eight weeks after surgery,” Professor Reinstein said. “Our study is the first to look at TLSS using the VisuMax laser, the first analysing incidence of TLSS after SMILE, and the first to show that TLSS can occur after eight weeks and even up to six months after surgery.”

The study identified patients who had undergone LASIK or SMILE between January 2010 and February 2021 by searching the clinic’s electronic medical record. Eyes were labelled as TLSS cases if the patient received a prescription for a topical steroid to manage photophobia between two weeks and six months after surgery.

The analyses showed the incidence of TLSS was 1.2% for SMILE, 5.3% for myopic LASIK, and 9.0% for hyperopic LASIK. Comparisons between groups were statistically significant and remained so when the cases were divided into early- and latepresentation subgroups.

For analysing incidence dependence by ametropia level, researchers classified eyes into subgroups of low, moderate, and high according to attempted spherical equivalent refraction.

Discussing the results, Prof Reinstein said TLSS is caused by UV-induced stromal myofibril and keratocyte-induced activation. The amount of activation is proportional to the magnitude of UV exposure to a certain level but then reaches a plateau.

He explained the incidence of TLSS after SMILE was lower compared to after LASIK and not dose-dependent as the femtosecond laser produces the same intrastromal interfaces regardless of refractive error treated. Therefore, the amount of UV energy delivered to the cornea is the same for all correction levels. In LASIK, UV exposure from the excimer laser ablation increases in higher refractive corrections, so TLSS incidence is dose-dependent. He also hypothesised the presence of a radiant exposure saturation point, above which TLSS incidence does not increase further. The dose-independent nature of TLSS incidence in hyperopic LASIK suggests hyperopic ablations provide sufficient radiant exposure to pass this threshold.

Prof Reinstein presented at the 40th Congress of the ESCRS in Milan. 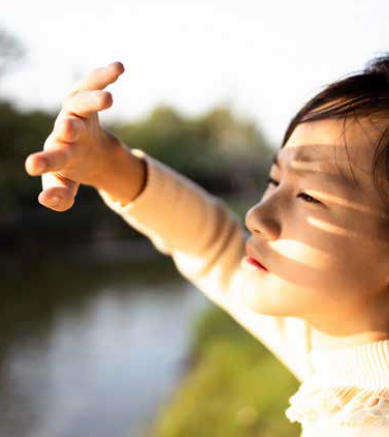