SMILE for Hyperopia and Hyperopic Astigmatism

Results from a 12-month multicentre study investigating SMILE for spherocylindrical hyperopia suggest it is a safe, effective, and predictable procedure that appears to be associated with marginally better refractive results and less regression compared to hyperopic Femto-LASIK.

“We have been working on SMILE for hyperopia since 2010, and now, in my opinion, it is one of the biggest breakthroughs in laser refractive surgery since SMILE was introduced,” said Dr Walter Sekundo MD, PhD.

“We need a faster laser for the procedure. As performed with the VisuMax femtosecond laser in this study, the treatment takes 32 seconds. Once approved, however, the treatment will be done with the new VisuMax 800 laser, and then it will only take about 12 seconds.”

Safety results showed the safety index was low on postoperative day one but steadily increased to about 1.0 at month 12. No eyes lost more than two lines of BCVA, 1.2% of eyes lost two lines, 11% lost one line, and 10% gained one line. Loss of contrast sensitivity was seen only at 12 and 18 cycles per degree.

“Remember that these hyperopes are often older patients who already have some degree of presbyopia. Two-thirds of my patients were treated with mini-monovision,” Dr Sekundo said.

“I think it is important to note the undercorrection was predominantly in eyes treated for greater than +3.0 D SEQ, and the only adjustment to the nomogram was from an earlier study of hyperopic femtosecond lenticule extraction. There is room for improvement in the accuracy of the procedure, but I think it can be achieved with further nomogram adjustments,” Dr Sekundo said, adding astigmatism correction was also very satisfactory.

He described the refractive stability as excellent, although he noted a change in SEQ of 0.07 D between 9 and 12 months.

“It is necessary to overcorrect initially when treating for hyperopia because epithelial healing leads to some regression. Most studies follow patients for only 9 months. In our study, there was very little change in refraction beyond 9 months, but we need to look further to see if it is related to late epithelial healing or presbyopia progression,” Dr Sekundo said.

He acknowledged visual recovery after SMILE was slower than Femto-LASIK for hyperopia and hyperopic astigmatism. However, he said it is a trade-off worth taking, considering SMILE seemed to have an advantage of less regression and less postoperative neurotrophic keratopathy/dry eye symptoms.

Dr Sekundo also reported the procedure was associated with a higher incidence of visible haze compared to myopic SMILE.

“The haze was transient, but it is an issue that is being looked at more closely,” he said.

Dr Sekundo presented at the 40th Congress of the ESCRS in Milan. 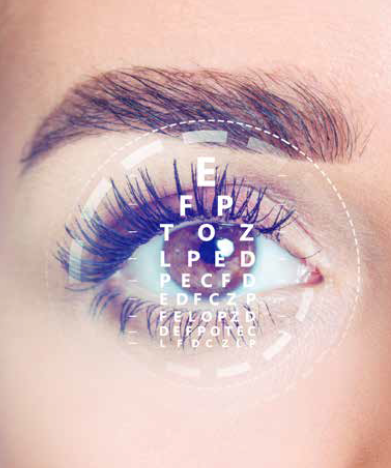