The study outcomes pave the way for the first evidence-based clinical guidelines to prevent cystoid macular edema (CME) after cataract surgery in diabetic and non-diabetic patients.

“CME remains one of the most prevalent postoperative complications in cataract surgery and especially in the diabetic population, where the incidence can be as high as 31%,” said Rudy MMA Nuijts MD, PhD, Professor of Ophthalmology at the University Eye Clinic Maastricht UMC+, The Netherlands, and lead investigator of the PREMED Study.

“This landmark study in over 1,000 patients will give us the foundation to draw up concrete evidence-based recommendations to prevent the occurrence of CME after cataract surgery in patients with and without diabetes,” he said.

Carried out at 12 surgical centres across the European Union, the PREMED Study was carefully designed to evaluate the effect of different preventive strategies on the occurrence of macular edema in 914 non-diabetic and 213 diabetic patients. All patients in the study received standard phacoemulsification for cataract and placement of an intraocular lens. Intraoperative and postoperative antibiotics were administered according to local protocols.

In the non-diabetic population, the 914 patients received either a topical NSAID (bromfenac 0.09%) or a topical corticosteroid (dexamethasone 0.1%), or a combination of both. The primary outcome was the difference in central subfield mean macular thickness (CSMT) at six weeks postoperatively. Important secondary outcome measures included postoperative corrected distance visual acuity (CDVA), as well as the incidence of CME and clinically significant macular edema (CSME) within six and 12 weeks postoperatively.

The incidence of CSME within 12 weeks postoperatively was found to be lower in the combination treatment group (1.5%) compared to 3.6% for bromfenac alone and 5.1% for dexamethasone alone.

The 213 diabetic patients in the study were randomly allocated to receive no additional treatment, a subconjunctival injection with 40mg triamcinolone acetonide (TA), an intravitreal injection with 1.25mg bevacizumab or a combination of both after cataract surgery. The main outcomes were the difference in CSMT, CDVA, and the incidence of CME and CSME within six and 12 weeks postoperatively. 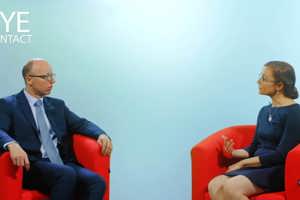 PREMED Study One Year On 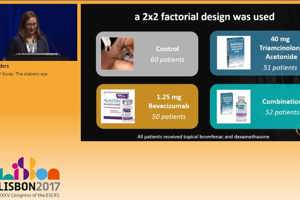 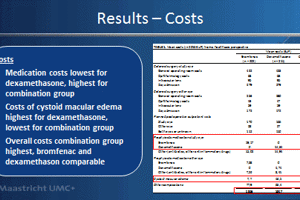 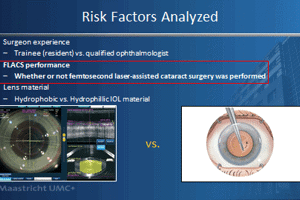 Perioperative risk factors for the development of cystoid macular edema after cataract surgery: a report from the ESCRS PREMED Study 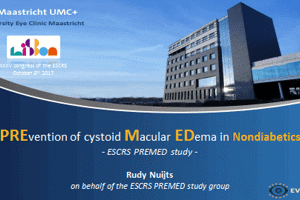 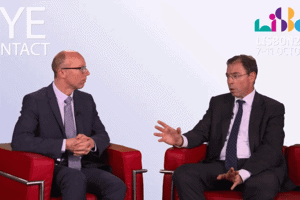 To compare the efficacy of a topical nonsteroidal antiinflammatory drug, topical corticosteroid, and a combination of both drugs to prevent the occurrence of cystoid macular edema (CME) after cataract surgery in nondiabetic patients.

To compare the efficacy of perioperative treatment strategies, in addition to topical bromfenac 0.09% and dexamethasone 0.1%, to reduce the risk for developing cystoid macular edema (CME) after uneventful cataract surgery in diabetic patients.