Alternating segments generate a wide range of foci with minimal glare and halos.

Unlike conventional multifocal IOLs that use concentric power rings, the Precizon IOL’s 11 overlapping segments, 6 for near and 5 for far, create a continuous transitional focus, Dr Holzer explained. In addition to reducing photic phenomena, it produces a wide range of vision that is not pupil size dependent and should be decentration resistant.i

“All surgeries and postoperative outcomes were uneventful. The multi-segmented IOL provided good visual acuities at all distances from near to far, and the patient questionnaire revealed a good quality of vision,” Dr Holzer concluded.

This research was presented at the 2022 ASCRS Annual Meeting in Washington, DC, US. 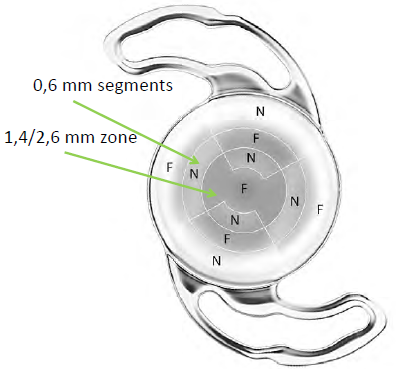